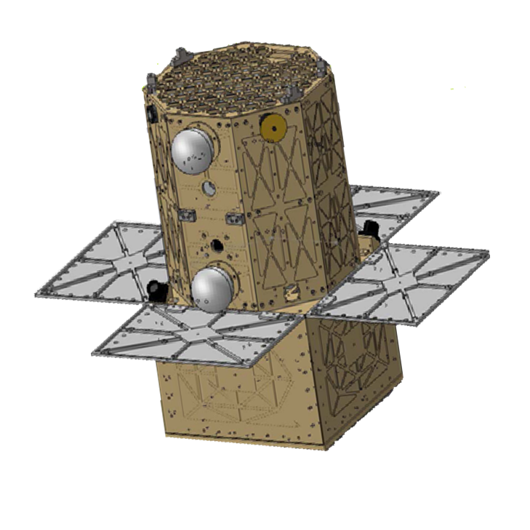 As a part of the Air Force Research Laboratory’s University Nanosatellite Program, Michigan Technological University has designed and built a nanosatellite for Space Situational Awareness research. Oculus-ASR will serve as an imaging calibration target for ground-based observatories tasked with characterizing spacecraft. Oculus-ASR has been designed with attitude determination algorithms that allow ground users to control the spacecraft’s orientation and change its shape during the mission – presenting an ever-changing target for ground telescopes. Currently, Oculus-ASR is was launch aboard a SpaceX Falcon Heavy in the third quarter of 2019.

Auris, which is latin for “the ear”, is tasked with listening to radio frequency emissions from spacecraft in a high orbit and spatially mapping the power radiated from these satellites to analyze how it will impact ground receivers. Another project funded by the Air Force Research Laboratory’s University Nanosatellite Program; the Auris Spacecraft will be a small, low-cost technology demonstrator that is designed to monitor and attribute telecommunications signals that may interfere with a congested space environment. 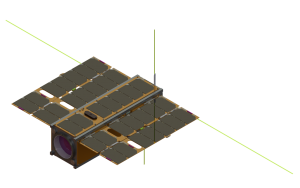 Stratus is a pathfinder mission funded by NASA’s Undergraduate Student Instrument Program and the Cubesat Launch Initiative. The Stratus vehicle is a three-axis-stabilized thermal infrared telescope that will be used to image atmospheric clouds. Using asynchronous stereo image processing, the data from Stratus will provide Cloud Fraction, Cloud Top Wind, and Cloud Top Height information that can be used to reconcile climate models. If successful, a number of inexpensive Stratus spacecraft could be deployed in the future to gather hyper-local weather data.