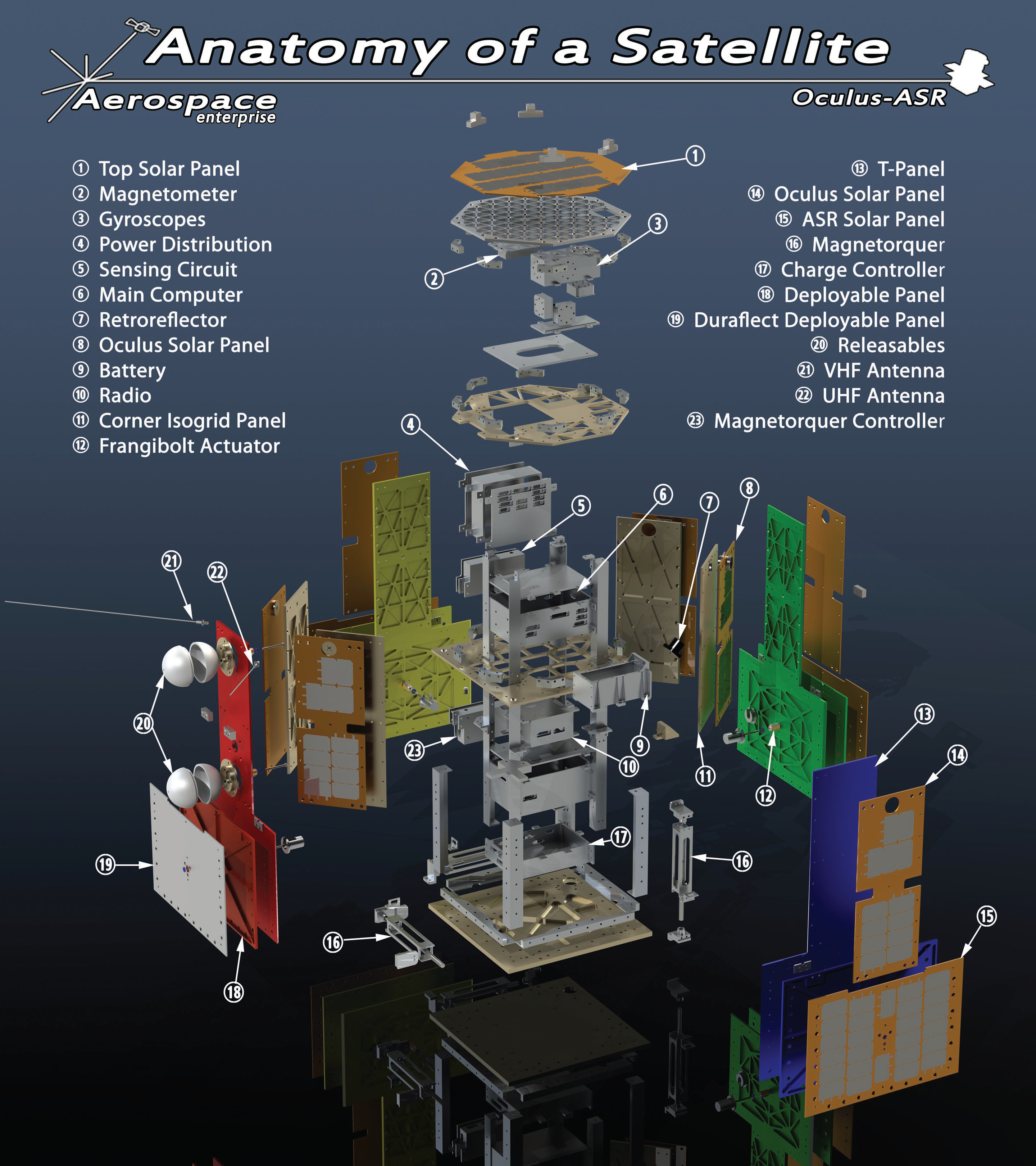 As a part of the Air Force’s University Nanosatellite Program, Michigan Technological University has designed and built a microsatellite for Space Situational Awareness research. Oculus-ASR will serve as an imaging calibration target for ground-based observatories tasked with characterizing spacecraft. Oculus-ASR has been designed with attitude determination algorithms that allow ground users to control the spacecraft’s orientation and change its shape during the mission – presenting an ever-changing target for ground telescopes. Currently Oculus-ASR was launched aboard a SpaceX Falcon Heavy in the third quarter of 2019.