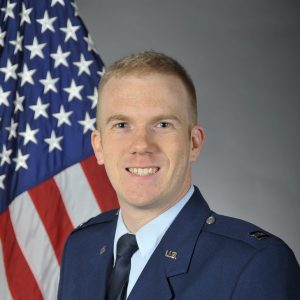 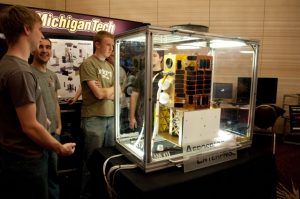 The MTU Aerospace Enterprise is proud to share the news that Capt. Jake LaSarge was recently accepted into the USAF Test Pilot School as a Flight Test Engineer.  During his undergraduate study Capt. LaSarge was the student Program Manager of our Oculus nanosatellite – which is slated for launch on a Falcon Heavy in April, 2018.  Since leaving MTU Capt. LaSarge completed an MS at the Air Force Institute of Technology before moving on to the Air Force Space and Missile Systems Center – Space Superiority Branch.  We are fortunate to see the best and brightest future leaders come through our student satellite design program.  Best wishes to Jake!